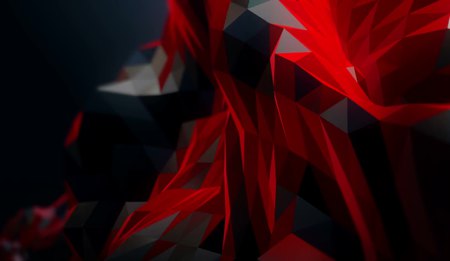 Immigration law and employment law intersect to create and exacerbate vulnerability to modern slavery, race and immigration status discrimination and mental health in the BAME and Migrant communities.

Some of us migrant workers and British citizens from BAME backgrounds are being affected by immigration rules, and discriminatory employment practices because we are unable to obtain the documents required to confirm our legal right to work in the Uk. Since  1997,   despite having the legal right to work, we have been refused employment, suspended from work without pay, or dismissed without due process.  This is because the Employer's Checking Service (ECS) makes mistakes. Subsequently,  employers who are not immigration experts, and rely solely on this digital platform to confirm the immigration status of their employees,  wrongly assume that we working illegally.  A research commissioned by Mifriendly cities from Coventry University found that:

Some of us are victims of immigration status-related discrimination and labour exploitation.  As result,  since 1997,  we have been denied the labour rights and  human rights other workers enjoy. In a number of cases,  our salary is unlawfully withheld by our employers, and in other cases, we are unlawfully detained by the immigration services, or the police for alleged illegal working.  These practices have detrimental impacts on our mental well-being.

Immigration law and employment law are intersecting to create and exacerbate vulnerability to labour exploitation, race discrimination, destitution and mental illnesses in the migrants and BAME  workers' communities.

We are migrant and BAME workers who have lived experience of the impact of Immigration law at work. We bring our expertise in employment law, immigration law, and human rights law into one law practice to support our community because lived experience is the key to begin to understand and address immigration status-related modern slavery in our community. Our strategy to tackle immigration status-related exploitation is to reach out to our community to inform individuals about their employment rights so that we are able to identify the potential signs of labour exploitation.

States responsibility for modern slavery:The role of the European Union

The EU agricultural policies support farmers and increase productivity whilst turning a blind eye to labour exploitation they help create.  On the one hand, the EU has strong modern slavery policies,

Are the EU member states in the right direction to find a solution for us?

The European Union has a wide range of policies covering modern slavery, CAP, migration....etc. However,  because these legislations are elaborated in isolation from one another, they create and exacerbate vulnerability to labour exploitation in EU countries. We are trapped, as shown in the graph below because policymakers are working against each other. An intervention by National statutory agencies to rescue victims cannot eradicate labour exploitation; There must be greater collaboration between national statutory agencies, migrants-led local community organisations with lived experience in EU countries, and the commission, and a campaign of information in line with the ILO Protocal PO 29. We applaud the EU commission's recent initiative to appoint an 'Expert group on the views of migrants'  to participate in the development and implementation of migration, asylum, and integration policies. As the Commission acknowledges, " Involving migrants, asylum applicants and refugees is essential to make the policies more effective and better tailored to needs on the ground."

The commission and members state have the responsibility to prevent labour exploitation. We welcome this initiative ,and encourage the UK government to replicate it.

Migrant workers with lived experience are in the best position to advise policymakers and statutory agencies. We should be consulted and involved.  We recommend the first tasks of this expert group should be to develop an action to facilitate the implementation of the ILO Protocol of 2014 to the Forced Labour Convention, 1930 and identify the factors that determine our level of vulnerability and the extent of our capacity to resist, cope with and recover from it.

The role of the UK immigration laws

When we talk about modern slavery, many root causes are being looked at, except the criminalisation of work and the implementation of right work checks, which are the two main reasons why migrant and British workers from BAME backgrounds, who have the legal right to work, are forced into labour exploitation. Many of us have been exploited since 1997 because immigration law creates vulnerability in labour law.

A solution at the national level

What do they do ,and  what role migrant support community  organisations can play on the ground?

The GLAA has the legal power we do not have. Equally, we have the cultural and community connections they do not have.  As a migrant community organisation with lived experience of labour explanation, at Migrants At Work, we believe we have the moral duty to intervene to protect our own community, with the support from whoever wishes to eradicate this crime.

Local LEVEL: our solutions
Our field of work

Migration law:  The right to work

What do we do?

we define vulnerability ,from our perspective, in the context of  labour rights, as the diminished capacity of our community to anticipate, cope with, resist and recover from the impact of various legislations. The concept of vulnerability is relative and dynamic. Vulnerability is most often associated with poverty, but it can also arise when people are isolated, insecure and defenceless in the face of risk, shock or stress.(IFRC).  in order to tackle labour exploitation, we first identify the factors of vulnerability by asking  two foundament questions:

We aim to identify the factors that determine our level of vulnerability and the extent of our capacity to resist, cope with  and recover from it.  We are vulnerable to labour exploitation, but what are the root causes of our vulnerability?

We explore the extent to which diferent legal regimes intersect with one another to  create and exacerbate vulnerability to modern slavery, race discrimination and destitution at the EU, national and local levels.

we build bridges between our communities.

We aim to inform our community at the entry, transition and exit points of the labour market, and advocate for reforms.
We  aim to educate

-Migrant and BAME workers
Employers
-Policy makers
Advocacy:
-Advocate for legal reforms where different legal regimes conflict with one another.

Direct engagement with the victims

OUR IMMIGRATION STATUS  MATTERS TO US.

Immigration policy  plays a key role in increasing the vulnerability of migrants to forced labour when their basic rights are compromised or nonexistent. Much recent UK immigration and asylum legislation has consolidated a long established link between immigration status and the rights of migrants (Bloch, 2000; Cohen, 2002; Dwyer, 2010).

Who is at risk?

Your status your rights.

For the purpose of the right to work checks, In practice, we must break down the different groups to understand how employers treat us at work. For example, some employers believe those with Pre-Settled Status cannot work until they obtain their settled status. 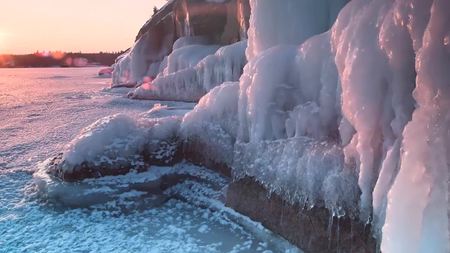 Do I have the right to work?

I have an Indefinite Leave to Remain stamp in my expired passport.

Section 3c Leave: My visa is expired,but i have renewed it before it expires.

I have 'Settled Status' (SS)

I have 'Pre-Settled Status' (PSS).

I have a British passport, but my ECS came back negative.

I am the spouse of an EU citizen with SS.

I am the partner of an EU citizen with PSS.

I have sent out my BRP to the Home Office,but my employer want it now.